Posted by News Covering Barry Donadio at 5:44 AM No comments: 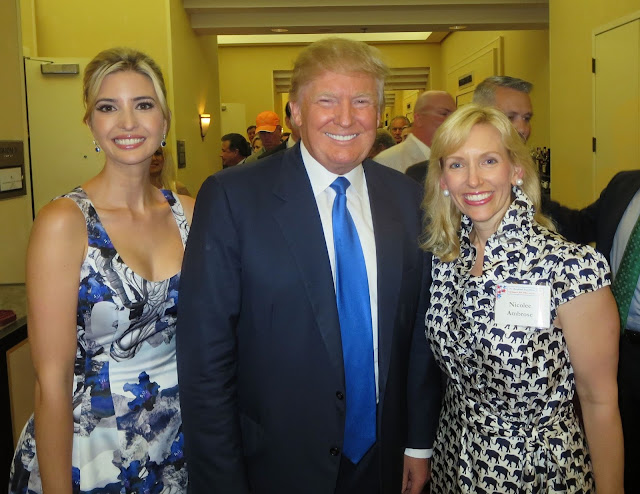 “The endorsements for Ambrose keep coming in” said Donadio.

Posted by News Covering Barry Donadio at 6:45 AM No comments:

“Ambrose has been a strong supporter of the second amendment and has always supported pro-life efforts. She founded the Maryland GOP’s successful “Super Saturday Program,” which is a powerful tool to electing Republicans.”

In June 2019, Ambrose arranged and supported a visit from Dr. Alveda King to Maryland. King reached out to minorities in order to build relationships between them and the Maryland Republican Party.
Donadio also said “Ambrose continues to bring positivity and professionalism to the Republican Party. She continues to be a person who constantly works to improve party policies and relationships. Her devotion and ability to mentor other Republicans is another one of her many wonderful traits. Many have benefited by her expertise.”
Donadio’s endorsement follows the endorsement of Ambrose by Republican National Committeeman for Maryland David Bossie on April 7th 2020. Bossie also served as President Trump’s Deputy Campaign Manager.
One day before Donadio’s endorsement of Nicolee, the entire Harford County Maryland Republican Central Committee endorsed Ambrose.
Donadio is predicting Ambrose will be receiving some huge endorsements very soon. Ambrose will also receive tremendous support from Conservative Republicans state-wide as well as from Donadio supporters.
www.barrydonadio.com

Posted by News Covering Barry Donadio at 9:29 AM No comments: