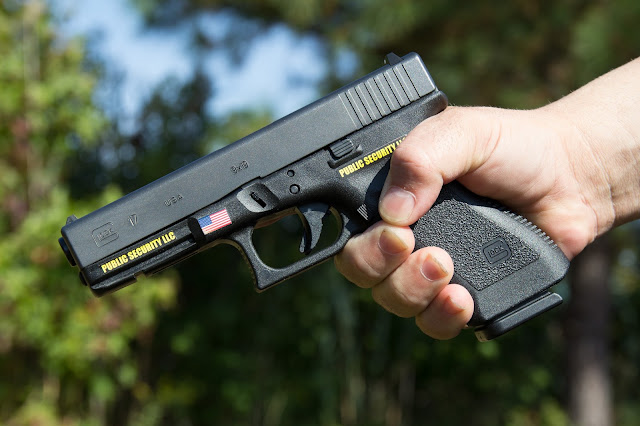 Barry Donadio, formerly of the U.S. Secret Service and current President of Public Security LLC is now teaching the use of pistols to Maryland residents.

Under Maryland State law, residents are required to obtain a Handgun Qualification License (HQL) prior to purchasing a revolver or pistol.
In order to obtain the HQL, applicants are required to attend a 4 hour class on pistols and fire a pistol as a minimum qualification. The 4 hour classes are only authorized to be given by certified pistol instructors validated by the Maryland State Police. Mr Donadio currently holds the Instructor certification and is authorized to give the class. His classroom sessions are typically held on Saturdays from 7am to 12pm. He then brings class participants to various area shooting ranges to complete the qualification. He also instructs on a one on one basis with clients that request it.
The HQL can only be issued to applicants 21 years old or over. If you are 18 you may take the class which is good for 3 years, then apply for the license when applicant turns 21. 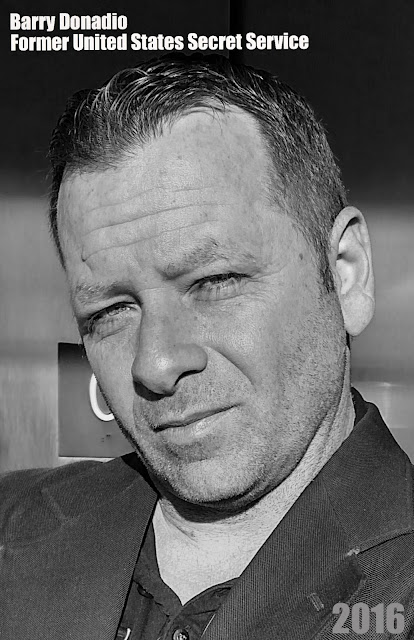 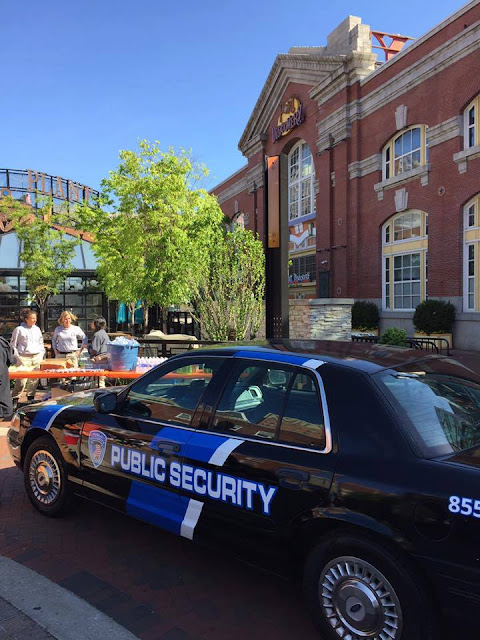 In December 2016, Barry Donadio sanctioned the training of his security personnel to become certified to administer Naloxone.
Naloxone which is sold under the brandname Narcan is a medication that can reverse an opioid overdose. If Narcan is administered by a trained professional, death from opioid overdose may be prevented.
Painkillers such as oxycontin or percocet and street drugs like heroin are know as opioids. These drugs have skyrocketed in popularity by abusers and have caused many to fatally overdose.
Barry Donadio, the CEO of Public Security LLC recognized the need for his Staff to be trained. "It is a hot political topic and epidemic" Donadio said. " My Security Officers and Private Detectives are on duty in various locations and they may be able to save a life when confronted with someone who has overdosed." "This is our response to the call for help from the community."
Mr. Donadio took advantage of the free training for his employees that was sponsored by the Caroline County Counseling Center in Denton, Maryland. Donadio thanked Caroline County for the free training and recommended the training which is available to the public.
Public Security LLC is a high end private security and investigation firm licensed in Maryland, New York and the District of Columbia.
Posted by News Covering Barry Donadio at 1:50 PM No comments: 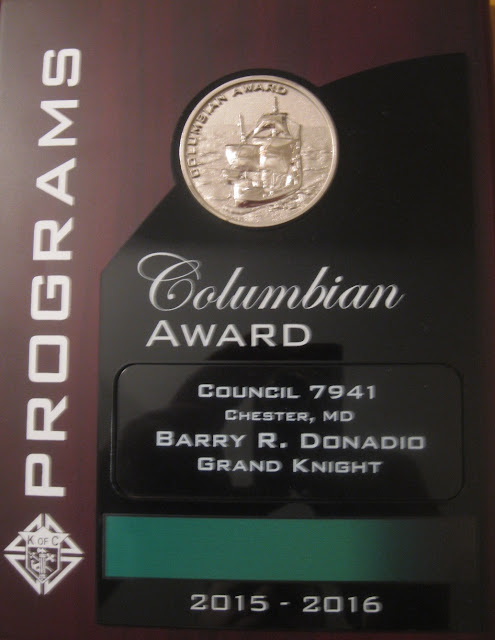 In November 2016, Barry Donadio the Grand Knight of Knights of Columbus accepted recognition for his councils good works in the community.
Council 7941 was awarded the prestigious Columbian Award from the Knights of Columbus Supreme Council based in Connecticut.
The award was granted for the councils good works in parish services, Keep Christ in Christmas Program, feeding the hungry, ultrasound initiative, March for Life, pregnancy care center, public relations, athletics, and socials and youth recreation.
Barry Donadio stated that the council that he leads with continue with a surge in service to the community in the year 2017 and beyond.
The Knights of Columbus are a group fraternal group of practicing Catholic men devoted to charity.
Posted by News Covering Barry Donadio at 1:04 PM No comments:

In September of 2013, celebrity Author Barry Donadio released his account of what happened on the night TWA Flight 800 crashed in 1996. Needless to say, his book has sparked lots of interest globally. It has now sparked the interest of the prestigious book selling company " Barnes & Noble".
Barry Donadio hinted that he appreciates that such a prestigious company like Banes & Noble has taken interest in his book by selling it on their website.
Mr. Donadio was one of the first responding Emergency Medical Technicians to the TWA Flight 800 crash on July 16th 1996. A short time after the tragedy, word spread globally of a possible coverup by the U.S. Government.
Since then, Mr. Donadio had obtained multiple positions in the United States Government. One of those positions included serving at the White House during the Bush and Obama administrations in the Secret Service.
Mr Donadio also stated "I am delighted to see Barnes & Noble has recognized my book for its historical value." I thank them for selling my book to those persons seeking answers to what happened on the evening TWA Flight 800 crashed."

Posted by News Covering Barry Donadio at 11:30 AM No comments:

Barry Donadio's Secret Service Photos Are Selling For $575.00 Each By A Global Digital Media Company

As of December 2016, photos that were taken by members of the press of Barry Donadio are selling for $575 each.
The photos were taken of Barry Donadio's tenure in the United States Secret Service while he was serving at the White House. The pictures cover a span of time from 2002 to 2010.
The photos appear on the website of Getty Images and are from the Corbis Historical Collection. They were taken and for sale by members of the White House Press Corps and include legend photographers such as Brooks Kraft and Christy Bowe.

During an interview, Barry Donadio expressed his joy of being considered part of American history. "What an honor to be documented in images that will forever remain in American culture." he said.
The photos taken by Brooks Kraft were later used in Time-Life Magazine. The photos taken of Barry Donadio by Christy Bowe have become part of Secret Service nostalgia and are displayed on the ImageCatcher News website that she owns.

Barry Donadio also stated that there are other photos of him out there that were taken by other Photographer greats like Gary Fabiano, Greg Mathieson, Patsy Lynch, and Christopher Morris. Donadio went on to say that he did not sanction the sale of the photos and he does not receive any profit or dividends from their sale.

Posted by News Covering Barry Donadio at 8:17 AM No comments: 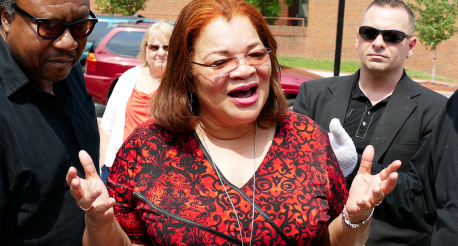 In June of 2015, while Baltimore was still recovering from the Baltimore protests, the streets were still tense and ready to potentially erupt again at any moment.
Civil leaders like CL Bryant where hitting the streets trying to reach out to the people of Baltimore to show support by bringing positivity during the tense time.
Nicolee Ambrose, who is Maryland's National Committeewoman with the GOP had a mission. She brought a well known Republican named Alveda King to help the GOP reach Baltimore residents and show support.
Alveda King is a Republican, American Activist, Author and former State Representative for the 28th District in the Georgia House of Representatives. She is also the niece of Martin Luther King.
Nicolee had one problem, she needed to get Aleveda King to the most dangerous areas of the city safely. Thats when she called on Barry Donadio and his Private Detectives to provide executive protection to her guest.
Barry Donadio (seen in photo on right) is a former member of the U.S. Secret Service and the CEO of a high end private security and investigation firm called "Public Security LLC". His firm is licensed in Maryland , Washington D.C. and New York. His company even services war zones. They pride themselves on professionalism and maintaining confidentiality for their clients.
Barry Donadio said "We were proud to protect Alveda King during her visit to Baltimore. She is a kind and caring person who had a genuine compassion for the residents of Baltimore."
After the safe departure of Alveda King, Nicole Ambrose had much to say about Barry Donadio and his firm. She described his firm as being "Top notch" and "Consummate professionals". Nicolee also said " Barry Donadio's executive protection team handled itself with ease in one of Baltimore City's most dangerous neighbors". She ended by recommending Public Security LLC to anyone seeking except security and protection at any level.
In November 2016, Barry Donadio's security company successfully protected the 5th largest 10K running event in the United States (Across the Bay 10K).
Posted by News Covering Barry Donadio at 8:18 AM No comments: