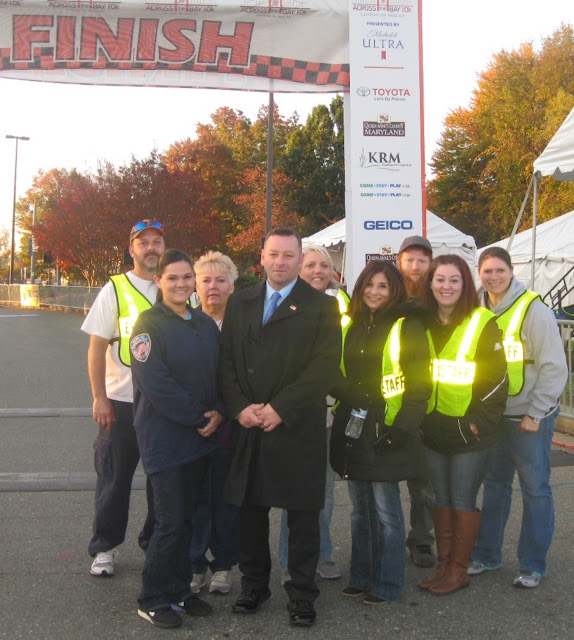 When the organizers of the "Across The Bay10K" needed a serious security expert they contacted Barry Donadio. He is the President of Public Security LLC. This is a high effective private security and investigation firm. They also provide security and event staff for large events. For many of Mr. Donadio's clients, the choice to pick him and his company was easy. He is a seasoned former member of the U.S. Secret Service and Military War Veteran. "He certainly knows what he is doing" said an unidentified Public Security LLC client.

Public Security LLC is licensed to provide clients armed security and private investigations services in Maryland, Washington DC and New York. They are a registered U.S. Government Contractor and are also registered to do business with the North Atlantic Treaty Organization. (NATO)

Most recently, they have registered to do business and provide other services in Virginia and Pennsylvania. They even provide Fire Guards for clients as well as a highly professional Concierge Staff.

For the November 6th 2016 "Across The Bay 10K" they provided over 65 Event Staff and Security Personnel to keep the event safe along with a twist of customer service added in by their lovely Staff.
"My Staff have always accomplished their mission". "They are young, energetic, they provide security with a smile and they are very focused on assisting our clients." We have received a high recommendation from the "Across The Bay 10K" race organizers and we will continue to offer expertise to this client in the future." said company Donadio.

Mr. Donadio explained that the "Across The Bay10K" event is actually the 5th largest 10K run event in the entire United States. The event requires extreme attention planning and execution of Security and Event Staff duties and functions.

The event attracted over 22,000 participants and spectators. Even Maryland Governor Larry Hogan, his Staff and many state and local Politicians were there. Public Security LLC maintained security for the VIP section at the finish line where many of these Politicians congregated. Mr. Donadio said that he had former members of the U.S. Secret Service, the U.S. Marine Corps, and even an active Physician present providing close security protection at the finish line. Mr. Donadio added, " I had a high level group of Security Agents out there during the event and they preformed superbly."" I am very proud of the entire Security and Event Staff who covered this event."" We had not one incident of criminal activity that I am aware of.""That is because of the professionalism and command presence of our Officers."
PRESS RELEASE | Chester, Maryland | Public Security LLC | Public Affairs Division
Posted by News Covering Barry Donadio at 12:06 PM No comments:

He is the President of the private security and investigation firm "Public Security LLC". The company is licensed in Maryland, Washington D.C. and New York. It is also a registered business in Virginia and is currently seeking registration in Pennsylvania. The company is a U.S. Government Contractor and is registered to do business with the North Atlantic Treaty Organization (NATO).

You may recall that Public Security LLC hired 65 Marylanders in November 2016.
Public Security LLC was formed in New York in August of 2012 and has been growing ever since. They have proven themselves to be trusted and able to complete security protective missions to include a deployment to the recent Baltimore riots.
Mr. Donadio explained that his company needs people that are worthy of trust and confidence. "Trust is our most important trait" said Mr. Donadio.
The paragraphs below are taken from the Public Security LLC website.
SECURITY AGENT(ARMED)(UNARMED)
Duties: Physical security, outer perimeter executive protection, marked vehicle patrols, bike patrols, foot patrols, entry control, counter insurgency, anti-terrorism, confront and stop active shooter threats.
PREFFERED
*Former or current Police Officer.
*Active U.S. Military
*U.S. Military Veteran
*Former of current Park Ranger, Bailiff, Public Safety, Corrections
*Former or Current Special Patrolman or Special Police
*Former or Current Code Enforcement, Harbor Master, University Police
*Licensed Security Professional
REQUIRED:
All Security Officer Applicants are required in the very least to have submitted their license to be a Security Officer in the state that they will operate in.
MARYLAND STATE POLICE SECURITY LICENSING SITE
Posted by News Covering Barry Donadio at 6:41 PM 1 comment: 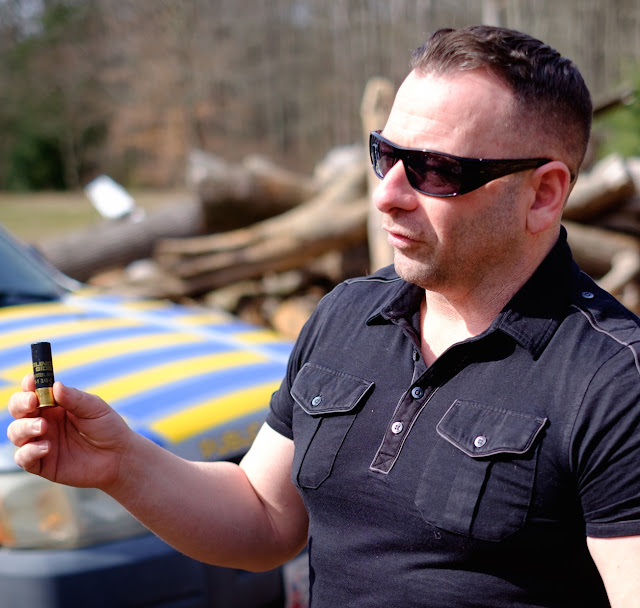 Barry Donadio was recognized in a statement released by the company Titan Global LLC on July 12th 2016.
"Titan would like to recognize its newest strategic partner, consultant, and personal friend, Barry Donadio. "

Titan Global LLC had chosen Barry Donadio for partnership because he led a honorable career in the Volunteer Fire Service, the United States Military, Law Enforcement, and the United States Secret Service. He was assigned directly to the White House to protect Presidents Bush and Obama. He also served in multiple Middle Eastern war zones during his career. In 2013, he authored the book " TWA Flight 800 First Responder Witness Account". This is his account describing his actions during the rescue of TWA Flight 800 on July 17th 1996. In 2014 he was elected to the Queen Anne's County Republican Central Committee in Maryland. He currently serves as President of Public Security LLC, which is a high end private security and investigation firm licensed in Maryland, New York and the District of Columbia. Most recently he was appointed as the Sergeant-At-Arms of the entire Maryland Republican Party.
Barry Donadio stated; " I am very flattered and honored to be recognized by such a prestigious company like Titan Global LLC."
Titan Global LLC is a New York licensed private security company that offers a wide range of services. The company is led by John Venturo who is also a seasoned helicopter pilot for the Suffolk County Police Department on Long Island.

Mr. Donadio explained that his company "Public Security LLC" and "Titan Global LLC" have partnered up and both companies have the ability to serve their clients globally. The two companies are in a position to offer each other mutual aid and cooperation in order to complete their protective missions for their clients. Donadio described Titan Global LLC as "Trusted and able."
Donadio also explained that today's clients demand high professionalism and skilled abilities from private security companies. Both companies meet these standards in their own way which is customized to client needs. The partnership is a win for high risk clients seeking high end expertise in anti-terror and private security operations.
Donadio also offered his support to rank and file men and women of Titan Global LLC by acknowledging their devotion to duty and professionalism.
Public Security LLC | Press Release | Ronkonkoma, New York | 855-589-2267

Posted by News Covering Barry Donadio at 6:10 AM No comments: 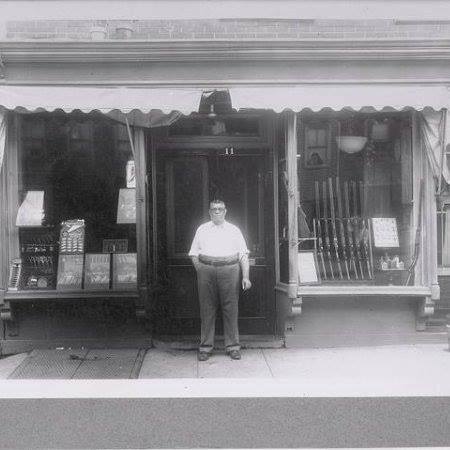 Prospero Donadio in front of his gun shop at 11 Skillman Ave. Brooklyn NY prior to 1938


About 10 years back, Mr. Ray Schnell of Upland, California bought an old .410 caliber shotgun from a a man named Bill Bhornamanat at a private sale in California. 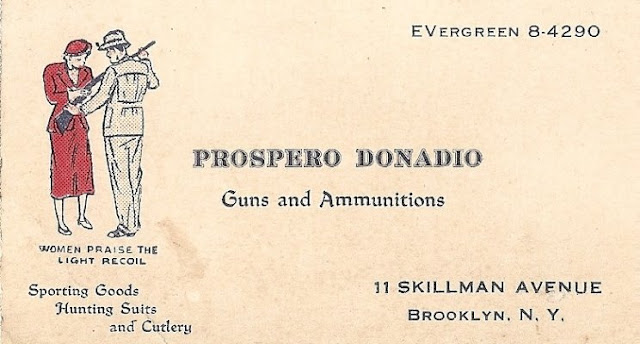 Posted by News Covering Barry Donadio at 7:53 PM No comments: